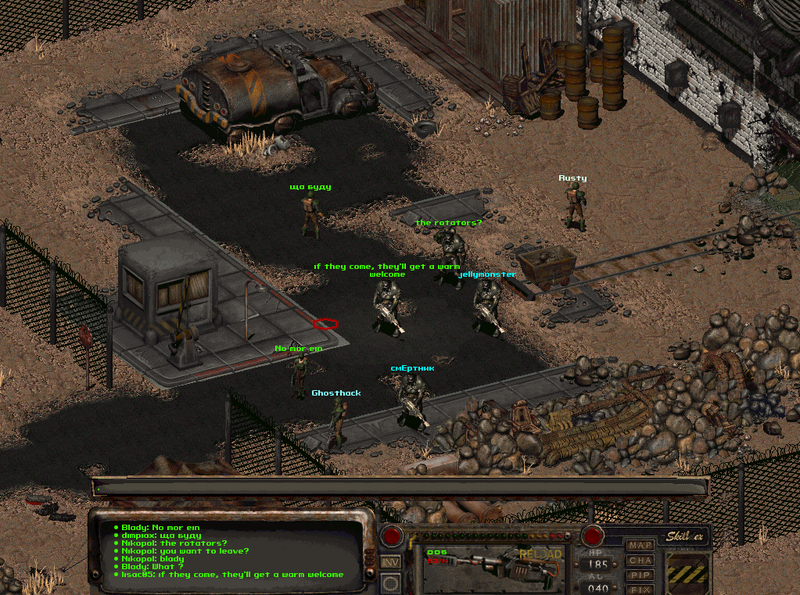 You need Fallout 2 installed on your computer to play this; it uses image files from it and they went the non-pirate route.

How can you say that without even playing it?

The servers are both offline.

Anyone have the Fallout 2 or a location where it could be downloaded?

this game makes me SAD >:O

this game gfx are ripoff of alien shooter.

:oo: He was just fucking with you.

:oo: You can never be too sure.

I got alien shooter long before I even heard of fallout.