Why were the forums down for a couple of hours this morning with a message saying that they would hopefully be down FOREVER!? AND THAT WE COULDN’T HAVE FUN!

Im guessing the webmin did it, as a example of bugging him…

I bet riley did it

Sent from my MB860 using Tapatalk

Im guessing the webmin did it, as a example of bugging him…

This sentence does not make sense. Maybe you meant “I’m guessing the Webmin did it, as an example of what will happen if we bug him?” But please, talk to an English professor before posting or something.

I thought one member had rage-deleted the forums once again. Apparently it was Joey that accidentally destroyed the database whilst trying to give Spooon back his pots.

All is fixed now though.

I was pretty pissed. I do really not enjoy restoring the database over and over again. It’s good to know though that certain members are willing to take over and put some time into it if I would ever give up.

Thanks dude, you know who you are!

the sheer amount of space…

lol, I do daily mysql backups. 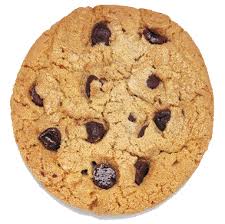 My birthdays next week

i stay in touch with jelly.

i stay in touch with jelly.

yes. good for me.

lmao, it was Dangerless!
No really that would be funny if it was.