Making sense is unimportant on the internet, you would know this if you is the one who wasn’t not dumb.

Sadly when the internet was made public for every household and idiot, this statement became true.

Dark, you should show an update soon! lol What will be the attacks for the monster?
Beams, rays, and the lot?

So give us the screenshots. As long as we get his “logic” that’s all that matters.
Making sense is unimportant on the internet, you would know this if you is the one who wasn’t not dumb.

D: I think he means that’s the penis.

I haven’t done any more yet. work, then assignments, then getting ready to leave for the weekend.

If i get anything done in the next couple days I’ll be surprised, but if I do I’ll put it up here.

As for attacks. Beams, Rays, and the lot are the general idea. Maybe a magical AoE or two.

Don’t worry about it. Everything is away from Graal’s art style O_O

You are all looking into this too deep.

Oh, well. Yeah. MineDino is still fugly. That’s not your fault though; it’s part of what is great about Graal Classic (the Adventure).

You are all looking into this too deep.

Well when Goatse was brought up, it was hard not to look into something deep.

So it’s not some Zelda ripoff? Really, Graal itself has no art style.
It was and still is a cheap knock off of Zelda to an extent.

I look forward to seeing his AoE, any idea what the effect would be? A screech, blast, psy waves, etcetera.
My favorite Beholder from the many games I’ve played is still the one in Baldur’s Gate II.

I probably won’t script him in GS1, simply because I think I’m going to try to start on that new client within a couple weeks. He’ll get some spriting, then I’ll try to give him some Gani love, and maybe attack animations. But I won’t be implementing hit behavior or abilities in GS1.

The fact that he can attack at range, in 360 degrees would be a hard thing to do though. eyestalks point in all directions, right, so he can be going one way and while moving, shoot buddy in the top right corner of the screen.

I dunno how I would implement that in GS1.

In the revamped client, maybe I could add mouse based targetting for ranged attacks.

For the record though, these are 2 pieces that are inspiring my beholder sprite And i think before I do more work on the sprite I’m going to do my own concept art from all the angles im gonna need.

Nice…hope that works out for you

I look forward to the finished product. If you need help spriting something, give me a shout.

@urza
Not sure if thats sarcasm, but it should be doable. I just plan on doing some of my own concept art on paper before I continue spriting.

@riley.
will do. I’d like to sprite out alot of new things over time. I want to come up with a new model for player sprites. and once I have the original prototype finished, then new options sprited by other people would be a big help.

Obviously the game engine will be my main focus, but I’ll probably made some prototype sprites and ganis which can be expanded upon by others.

can i see your chapa eye ? i just saw that image the other day but i can’t find it now .

Now to ruin the topic

Now to ruin the topic

can i see your chapa eye ?

Of course you can 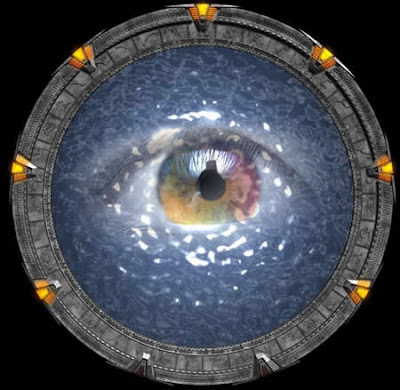