Hi there. The past two weeks have been spent porting everything to the new kha-based renderer. I’m currently working on porting bone animations and particle emitters. I’ve also started on a new UI system for the editor, one which will allow you to customize it with any theme you want (such as light/dark themes) by parsing a custom CSS file or using the options menu.

After the editor is in what I consider an alpha state which should be soon, I’ll release the editor and then put up another test combat server that a select few can upload their levels to and help me test bugs. Once that is in a more stable place, I’ll release the server executable publicly for anyone to host. 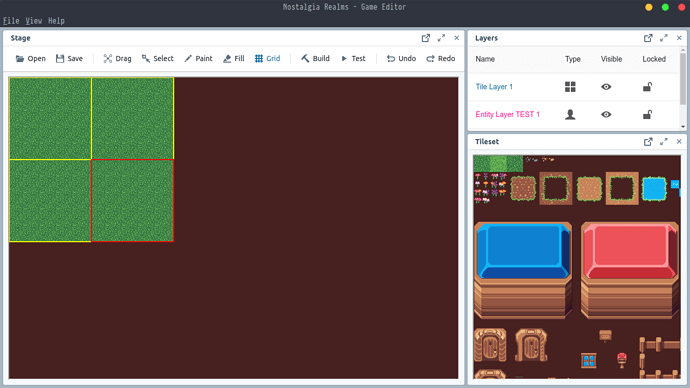 Old UI for comparison (will eventually be a custom theme):
https://i.imgur.com/SvUimBR.gifv