Hey, there are a lot of them. Mostly incomplete I guess…

Either way, I just want a few type0 tilesets (I think I have that right) to compare to pics1.png and the template/legend for creating a tileset.

(Honestly, I just can’t find what the hell you’re supposed to use for an inside tile on the standard tileset. That being said, if I can see a few tilesets, I’ll know where to start and I’ll create my own flooring.)

Well I found my first problem.

So, I’m gonna work on a very very simple tileset type0 template.
Well, as simple as it can be made. By simple I mean correctly colored legend.

That legend breaks it down way too far and improperly. There’s no need for half of the things it defines as far as I can tell.

It should define a few things: Blocking, Walk, Sit, etc. That’s all. Not near-this and that.

I’m not whining to any of you (EDIT: because this is graal reborn not graal online*), I’m setting up my guidelines for when I start on this… SIGH.

Alright, someone already did the work. This looks more like what I would’ve chosen to do than those ABOMINATIONS up there. After I test the template, if it’s accurate unlike the other one, I’d suggest someone link to it more often because it’s EXTREMELY informational.

I still think the legend’s names need to be changed though. Lava-swamp isn’t very clear as to what that tile does. Plopping this template into the editor and using it as a tileset shows you though, so I’m going to redo the legend on that image perhaps.

AFAIK, lava-swamp just means grass near the volcano. As far as I care it can be “Autumn Ground” or something else, probably, more recognizable to humans.

Well, yeah the guy that made the abomination template made the correct one too apparently. (Thank you!)

This is an overlay of the template over pics1 for reference with two different opacities
Honestly I’m posting it here so I don’t lose it, hahahaha. Ah.
It will remind me of what is what and such.

EDIT: Was, I deleted it. Shit. Not needed now.

When I go to design my tileset, I intend to scrap things like the church and such.
I want to make a very BASIC tileset and I do mean basic. Minimal shading and enough to throw together an inside and outside level of one type to start. I don’t want my tileset to resemble the original pics1 in most shapes or forms. It will only resemble what it is required to resemble, the strange type0 layout.

But certain parts of the type0 layout initiate special effects…

See, if it were my choice, a lot of the legend parts would be ditched. I’d compound lava-swamp and grass and everything you can walk on into a Walking category. However, they don’t all react the same.

This is a problem. I can’t design an inside tile for a rug and it be on the lava-swamp tile position. My rug would have to be a red shag rug, hahaha…

That’s not a bad idea.

Either way, if I get too desperate I may just rope off certain portions of the tileset when I go to use it. I DO NOT LIKE the walking in grass effect, it’s horrible. I could just rope off all special walking tiles and only draw in normal ones for outside and inside.

Whatever, my brain is fried, oh god tilesets

Okay well, I’m going to make a basic type0 tileset. That’s a set goal now.
I may update the legend of the type0 template to be more humanly understandable.
I’m going to try and take the time to point out special tiles that may seem similar but react differently.
I’m also going to attempt to make an entire type0 tileset [i]with addtiledef2[/i] using multiple NPCs if I have to.

In fact, I’m already doing that one first because it’s EASIER. You don’t have the problems with color restraints that you do with simply (GAG) editing the whole tileset.

But a simple type0 tileset that isn’t as scrambled as the original but functions similarly would be of great benefit.

Still, that goal is floating in the air until I can iron out the issues that I’m going to have to deal with to make that happen.

With my current knowledge and testing, the addtiledef2 version of this will go much better and faster.
Perhaps if I can keep the style concurrent and fluent in this version I can patch it together and make it work for the addtiledef version, though I highly doubt it. The freedom supplied with addtiledef2 makes it hard to want to obey the guidelines set down by addtiledef.

I know it has to do with the palette, the issues I’m having.
Sad thing is, I overlayed the template over the pics1.png, cropped it, saved it as picsedit.png, loaded it in the editor with addtiledef. Worked fine.
I add three tiles to the pics1.png, save it as picsedit.png, load it in the editor with addtiledef… fails horribly.
Limited the tiles to the palette of pics1.png. Failed. Limited the whole picture to 8 colors. FAILED.

Saving it the same as the template overlay and everything, which blew my mind when it worked since I fail to believe that the template contained colors from the palette of the pics1.png for its entire design and that is being transparently overlayed would retain the original colors in the palette and the maximum of them…

Well, incoming addtiledef2 based tileset. Starting with castle interior. Already made red, blue, and blue-er carpeting in place of some of the standard diamond shaped tile floorings. I have an interior castle room, or part of one, to test it on.

If anyone could throw a bunch of levels that use the original pics1 tileset I’d greatly appreciate it. It’ll be useful while I edit tiles that I intend to keep similar to the pics1 usage, like interior flooring. Since I’m scrapping some stuff or redoing it in a different fashion then I won’t need levels with stuff like the church in them. The church can go to hell just like the grass tiles! So can 90% of lava world and ice world and whatever all that bullshit is. If it can function properly as something else it will. I may use the yellow interior tile as my outside grass tile, hm.

gllt you have no life.

gllt you have no life. 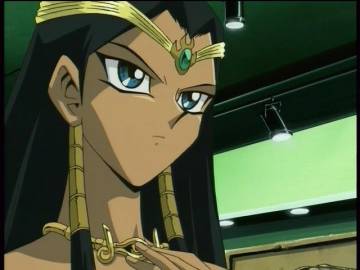 No, you are the one who has no life.

I thought Shiny made some legend for pics1.png?

I thought Shiny made some legend for pics1.png?

It was generated via script so you don’t have to worry about inaccuracies.